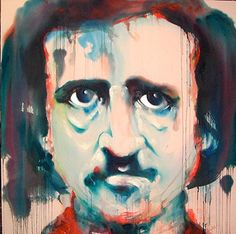 On the February 16, 2016 Jeopardy episode, one of the categories in Double Jeopardy was “Women in Poetry.” The $1200 clue references one of Poe’s poems:

Poe wrote that he laid “down by the side” of this maiden
“in her sepulchre there by the sea, in her tomb by the sounding sea.”

This is what the Jeopardy writers should have written:

Poe wrote that he lay “down by the side” of this maiden
“in her sepulchre there by the sea, in her tomb by the sounding sea.”

The verbs lay and lie and their past forms are frequently confused in speech and informal Web comments. So many speakers get these verbs wrong—including those who should know better—that the distinction may disappear in another generation or so.

At present, however, most respected style guides maintain the distinction between transitive lay and intransitive lie.

The response to the Jeopardy clue is “Who is ‘Annabel Lee’?”

In the poem, Annabel is dead and her grieving lover lies beside her. Here’s the last stanza:

Unlike the current crop of Jeopardy writers, Poe knew the difference between the verbs lie and lay.

Postscript
I know that I’m beating a dead horse. One of the first posts I wrote for Daily Writing Tips was on the topic of lay and lie. I’m still writing them: